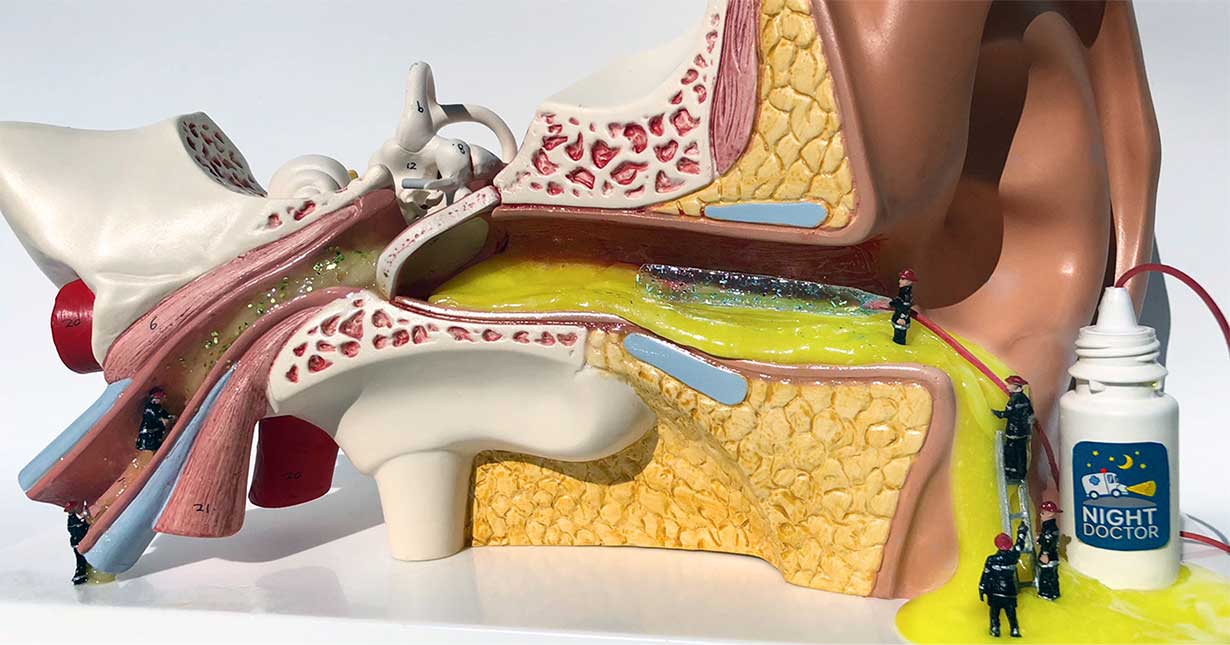 COVID-19 NOTICE: This article does not take into account COVID-19 management. If your child has COVID symptoms, you should seek medical advice from a doctor.

About the author: Sophie is a General Practitioner who has previously worked with Night Doctor and now based in the South West, WA. She has an interest in women’s and children’s health and has completed additional training in obstetrics and gynaecology, sexual health and skin cancer surgery. Aside from her clinical work she also teaches medical students at the University of Notre Dame, was formerly a co-opted member of the RACGP WA Faculty Board, and is a current delegate for the RACGP Future Leaders Program.

Ear infections are very common in children and are a frequent reason for visits to GPs, emergency departments and after hours services such as Night Doctor.11,12,13,14,16  Our blog will answer the most frequently asked questions that we get from parents about ear infections.

There are two types of ear infections:

Outer ear infections, also called otitis externa. These are due to excess moisture in the ear canal or damage to the skin of the canal, and are usually caused by bacteria.16 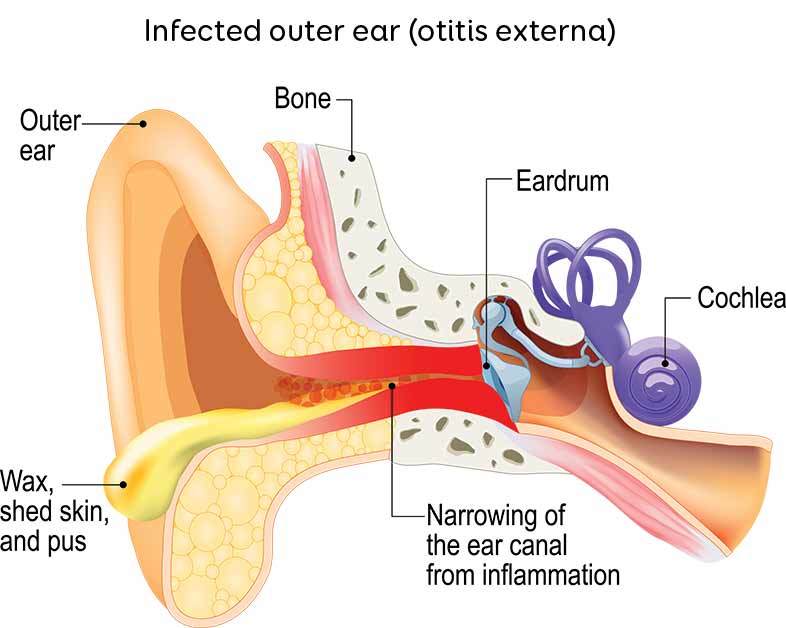 Middle ear infections are caused by infection behind the eardrum. This infection may be caused by a virus, bacteria, or a combination of both.

Children commonly get middle ear infections because the tubes that connect the middle ear to the throat (eustachian tubes - see diagram above) are shorter and smaller, which makes it easy for germs from the nose and throat to get inside the middle ear.11,12,16

Most causes of ear infections are not serious, however they can still be painful and distressing for a child.12

How do I know if my child has an ear infection?

The main symptom of a middle ear infection is ear pain. This may be on one side or both sides. Older children are more likely to complain of an earache, however a younger child may only have non-specific symptoms such as screaming, crying or irritability. Other common symptoms in children of all ages include fever, vomiting, reduced energy or loss of appetite.12,16

Middle ear infections often occur during or after a cold, so sometimes the first signs of an infection are symptoms similar to a cold, such as a runny or blocked nose.16

Outer ear infections can cause ear pain, discharge and sometimes a red or swollen ear.16

What can I do to treat my child's ear pain while I wait to see a doctor?

If your child is complaining of ear pain, you can give them pain relief such as paracetamol or ibuprofen, at the appropriate dose for their age and weight.2,7,8,11,16 You can read our previous blog on giving paracetamol and ibuprofen to children.

If your child has a fever, is vomiting or is refusing food, it is important to keep them well hydrated by offering sips of fluid frequently.12

Pain-relieving ear drops, such as Auralgan, can sometimes offer quick-acting relief of the pain caused by middle ear infections, however there is not good evidence that the drops provide any better pain relief than just giving paracetamol or ibuprofen. These drops should not be used with outer ear infections, grommets or perforated (burst) eardrums, so it is best not to use them for ear pain unless your child has been seen by a doctor.2,5,9,14

There is no evidence that antihistamines or decongestants help the pain caused by ear infections.2,5,9,14

When should I see a doctor if I think my child has an ear infection?

You should not delay seeking medical attention if your child:

Does my child need antibiotics if they have an ear infection?

This is the most commonly asked question by parents who have a child with an ear infection and it often causes some confusion, especially because there are two different types of ear infection (middle and outer ear infections) each requiring different management and also because antibiotic recommendations for middle infections have changed as doctors have learnt more this condition.

After applying ear drops, press on the tragus (the flap of skin that sits infront of the entrance to the ear canal) repeatedly for 30 seconds, to ensure the drops are distrubuted throughout the ear canal for optimal treatment.17

There are, however, certain situations in which antibiotics will be given to children with ear infections, as these groups may have a higher risk of complications from their ear infection.

These may include children who:

Your doctor may have other reasons that are not listed above for prescribing antibiotics for an ear infection in your child, and it is always worth asking why they think antibiotics are needed.4

Can ear infections cause hearing problems?

Middle ear infections can cause fluid to accumulate in the space behind the eardrum, and this fluid can remain even when a child has recovered from the infection.8 This is called a middle ear effusion, or is sometimes referred to as ‘glue ear’, because the liquid is clear and thick like glue. In most healthy children, this accumulation of fluid will resolve within 3 months of having an ear infection, however in a small number it may last longer. The fluid may affect a child’s hearing because it prevents the eardrum from performing its usual function of transmitting sound waves to the middle ear.1

Hearing is important for a child’s language development, learning, schooling and socialising, so it is important that you see your doctor if your child shows any sign of difficulty hearing, concentrating or trouble learning at school, following an ear infection. Your doctor may order a hearing test if there are concerns about a persisting middle ear effusion.1,10

How can I stop my child getting ear infections?

There is clear evidence that smoking cigarettes around children increases their chance of having an ear infection. It is best to avoid smoking around children, in the car or in the home.6,12,13 This is beneficial for many other reasons apart from helping to prevent ear infections.

Breastfeeding helps to protect infants against ear infections. Breastfeeding your baby for the first 6-12 months, if you are able to, will help provide natural immunity to fight infections.12,13

Do not put anything in your child’s ear, such as cotton tips, unless you have been advised to by a doctor. This is because damage to the skin of the ear canal, even if small, can lead to an outer ear infection.7,8

This information is general and may not apply to you or another person. If you have any concerns about your health or the health and wellbeing of a child, consult a doctor or other healthcare professional. You should never delay seeking medical advice, disregard medical advice, or discontinue medical treatment because of information on this website.